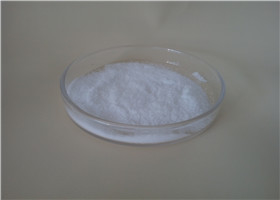 Usage:Fulvestrant is a type of hormone treatment. It is also called Faslodex. It is a treatment for post menopausal women with advanced breast cancer. A novel steroidal estrogen antagonist reported to lack any partial agonist activity. Also used as an antineoplastic raw materials.

Fulvestrant (Faslodex, AstraZeneca) is a drug treatment of hormone receptor-positive metastatic breast cancer in postmenopausal women with disease progression following anti-estrogen therapy. It is an estrogen receptor antagonist with no agonist effects, which works by down-regulating the estrogen receptor.

Fulvestrant is a selective estrogen receptor down-regulator (SERD). Fulvestrant is indicated for the treatment of hormone receptor positive metastatic breast cancer in postmenopausal women with disease progression following anti-estrogen therapy. The dosing schedule for fulvestrant remains under investigation in an attempt to optimize its effectiveness.

Fulvestrant provided effective second-line therapy in this setting for postmenopausal women who had relapsed or progressed after previous endocrine therapy.

In particular 4 clinical trials in this setting did show similar efficacy to the other hormonal agents (aromatase inhibitors and tamoxifen) with good tolerability profile. Fulvestrant had a lower incidence of joint disorders.