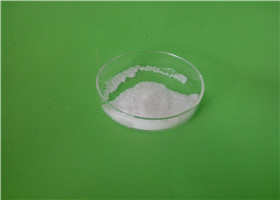 Ethinyl Estradiol is hormonally effective by activating the estrogen receptor and thus is an estrogen . It finds its most common use in the estrogen-progestin combination preparations of oral contraceptives .

Ethinyl Estradiol is absorbed in the small intestine and reaches a serum peak about 2 hours later . It undergoes extensive metabolism in the liver involving the cytochrome P450 3A4 isoenzyme . Ethinyl Estradiol and its metabolites are excreted with the bile . Due to the effect of enterohepatic circulation a second peak is seen several hours later . Individually , wide variations exist in the overall absorption process , and can be further modified by drugs that affect the enterohepatic circulation or liver enzymes . In circulation Ethinyl Estradiol is almost fully bound to plasma albumin . It is metabolized by hydroxylation of the aromatic ring and excreted in both feces and urine , in part as glucuronide and sulfate conjugate .