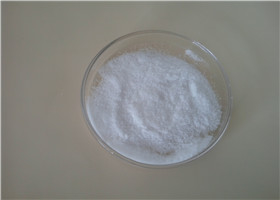 Estriol belongs to natural hormone and is the metabolite of estradiol in vivo , anti estrogen steroids . It is mainly presented in the urine . Estrogen has a relative small activity with the oral activity being 6 times as high as estrone but being weaker than estradiol with non-carcinogenic effects . After its administration , the in vivo estradiol levels did not change . Estriol has selective action on the vaginal and cervical canal but has no effect on the uterus and endometrium entity .

In addition , estriol has feedback inhibition on the hypothalamus and pituitary but does not inhibit ovulation while only having significant impact on the corpus luteum and therefore can be used as the auxiliary drug in the medium-term labor induction and artificial abortion and for the treatment of various kinds of menopathy . Estriol also has significant effect on the hematopoietic system and can reduce vascular permeability and fragility. Therefore , it can be used for the treatment of various kinds of hemorrhage . It also has effect of rapidly increasing the peripheral leukocytes and generally begins to take effect at 1 to 3 days after treatment but with a shorter duration of action and is effective in treatment the leukopenia induced by radiotherapy and chemotherapy .

It can be used for treating cervicitis and especially suitable for treating menopausal syndrome and senile vaginitis .

It can also be used as the adjuvant drug for middle-term labor induction and artificial abortion .

It can also be used for treating prostatic hypertrophy and prostate cancer .

It still has a rapid role in increasing the peripheral leukocytes. It generally takes effect at 1 to 3 days after the treatment but with a short duration period . It also has efficacy in treating leukopenia caused by chemotherapy or radiotherapy .

It can be used for reducing the vascular permeability and fragility and can be used for the treatment of various kinds of hemorrhage . It also has quick hemostasis effect on menorrhagia , hysterectomy or tonsillectomy .