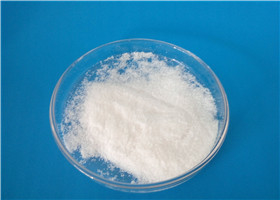 Mk-677 Ibutamoren Mesylate, In other words, MK-677 could be compared to peptides like GHRP-6 or Ipamorelin, only it doesn't require any injections nor does it have any side effects like GHRP-6. This GHS (Growth / Hormone Secretagogue) was developed in an aim to combat such conditions as muscle wasting, obesity and osteoporosis. It was also targeted towards treatment of elderly hip fracture patients, so there are a myriad of studies done on safety.

Mk-677 Ibutamoren Mesylate,In a study on it's effects on catabolic states, a once daily oral dose of 25mgs was given to healthy young men subjected to short-term diet-induced nitrogen wasting. After 7 days of this dose, the subjects showed a sustained increase in serum concentration of I GF-1 and Hormone; in addition, the nitrogen wasting was reversed, showing great potential for treatment of conditions involving muscle wasting.

Mk-677 Ibutamoren MesylateOther possible benefits of Nutrobal are associated with improved sleep, improved complexion, increase in energy levels, increase nitrogen retention, increase strength and an improved sense of well being. In addition, some studies also suggest that an increased immune system response was caused by Nutrobal (Mk-677), meaning it boosts the immune system to a degree.​​