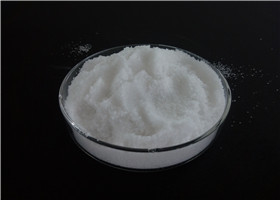 Pramipexole has some of the same effects as a chemical called dopamine, which occurs naturally in your body. Low levels of dopamine in the brain are associated with Parkinson's disease.

In a single controlled study of twenty one patients, pramipexole was found to be highly effective in the treatment of bipolar depression. Treatment was initiated at 0.125 mg three times a day and increased at a rate of 0.125 mg three times a day to a limit of 4.5 mg daily until the patients' condition satisfactorily responded to the medication or they could not abide the side effects. The final average dosage was 1.7 ± 0.9 mg daily. The incidence of hypomania in the treatment group was no greater than in the control group, although the size of the study is too small to determine risks for manic switch.

While pramipexole is used clinically (see below), its D3-preferring receptor binding profile has made it a popular tool compound for preclinical research. For example, pramipexole has been used (in combination with D2- and or D3-preferring antagonists) to discover the role of D3 receptor function in rodent models and tasks for neuropsychiatric disorders.