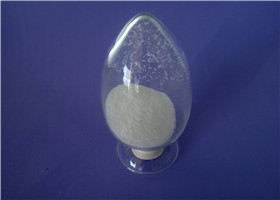 Oxymetholone (Anadrol, Anadrol 50, Androyd) is one of the most popular anabolic steroids of all time in both performance and medical circles. It also represents one of the oldest steroids on the market. Provided by both Syntex and Park Davis & Co. in the 1960’s, Oxymetholone hit the market in an effort to treat muscle wasting diseases, osteoporosis and any such related conditions. While still used for such purposes today, Oxymetholone is also used to treat the low red blood cell condition anemia, and in the U.S. is one of the only reasons the steroid is prescribed; most commonly to HIV patients.

While carrying numerous therapeutic benefits, many of which have been ignored by the FDA despite medical evidence, most who are interested in Oxymetholone are so for the purpose of performance enhancement. If it’s good for treating a muscle wasting disease it’s going to be good for building muscle mass, and this is the primary reason this steroid is a favorite of many performance enhancing athletes.

Oxymetholone is an extremely estrogenic steroid. A dihydrotestosterone (DHT) derivative, like all DHT compounds it does not aromatize but Oxymetholone still carries strong estrogenic traits. Due to this estrogenic nature as well as its tremendous anabolic nature, users of this steroid often report gains of 20-30lbs in only a few weeks, and that’s not an exaggeration. This makes Oxymetholone one of the premier off-season steroids for many athletes, and overall that will be its only performance purpose in a general sense. Of course, as we’ll see later on, competitive bodybuilders often use this steroid for contest prep at the very end, but in the grand scheme of things this is a bulking steroid.

Anadrol 50 has a lower affinity, which may be why we have a 50mg tablet dosage. When looking at the medical requirements, the recommended dosage for all ages has been 1 – 5 mg/kg of body weight. This would give a 220lb person a dosage as high as 10 Anadrol 50 tablets (500mg) per day.

There should be little wonder why when liver cancer has been linked to steroid use, Anadrol 50 is generally the culprit. Athletes actually never need such a high dosage and will take in the range of only 1-3 tablets per day.

Many happily find that one tablet is all they need for exceptional results, and avoid higher amounts. Cautious users will also limit the intake of this compound to no longer than 4-6 weeks and have their liver enzymes checked regularly with a doctor.

Kidney functions may also need to be looked after during longer use, as water retention/high blood pressure can take a toll on the body. Before starting a cycle, one should know to give Anadrol 50 the respect it is due. It is a very powerful drug, but not always a friendly one.