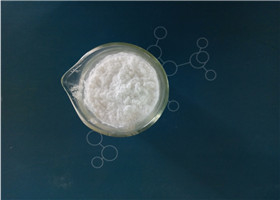 Product name: Metribolone(Methyltrienolone)
CAS:965-93-5
MF: C19H24O2
MW: 284.39
Assay: 99% min.
Character: White to light yellow crystalline powder
Quality standard:Enterprise standard
Usage:Methyltrienolone is the most powerful anabolic steroids ever produced,It is also one of the most hepatotoxic androgens ever produced. even though it is very toxic to liver and kidneys.

Methyltrienolone (MT) is a very potent, reasonably toxic, non-aromatizing steroid. Ok. Lets go over those three points again. First of all, MT is potent. It binds so strongly to the AR (androgen receptor) that it is often used in studies on otherandrogens to measure how strongly they bind. In other words, this stuff binds onto the AR receptor so strongly that it is pretty much the benchmark for that quality. If youve read my profile on Trenbolone Acetate (TA), youll note that I said TA is the most potent injectable weapon in our arsenal with regards to ability to bind to the Androgen receptor. Thats still true, because this particular compound is not in our arsenal, and its not injectable... its simply the oral version of TA (i.e. it isTrenbolone which has undergone modification to become orally active, via the addition of a 17-alph-methyl group). So why is it important that this stuff binds so tightly to the AR? Well, Androgen Receptors are found in both fat cells as well as muscle cells(8); they act on the AR in muscle cells to promote growth, and in the fat cells to affect fat burning.(9)(6) The stronger the androgen binds to the A.R, the higher the lipolytic (fat burning) effect on adipose (fat)tissue(9)(5). Unfortunately, that strong binding doesnt also automatically mean that it will elicit the strongest possible anabolic response, nor that the weakest bind will elicit a weak anabolic response .

Dianabol is simarly low , and produces a very good anabolic response . ARs are found in both muscle tissue as well as adipose tissue . When a muscles AR is stimulated , it can induce hypertrophy . When an adipose tissues AR is stimulated, through various related mechanisms , fat is lost . This is a gross oversimplification . Whatever . All we need to know is that when you have a steroid that binds to the AR , it builds muscle and burns fat . And a steroid that binds very tightly to the AR will stimulate a lot of muscle synthesis and burn a lot of fat . A good example of this is Trenbolone . And since I mentioned Trenbolone , its worth further mentioning that MT is basically a 17aa (oral) version of (injectable) Trenbolone. AR binding and AR stimulation is not the only mechanism which stimulates anabolism , however . It is important to note that dbol has a very low AR binding ability and A50 has an AR binding ability which is too low to even measure! Both are very potent oral steroids , though. So while its important , AR binding/stimulation is not the end all & be all of anabolism, although it is an important part . Dont be fooled by the anabolic/androgenic ratio of this (or any steroid), either . The anabolic/androgenic ratio of MT would suggest that it produces 120(+)x the anabolic and 60(+)x androgenic effect of Testosterone (which has a score of 100 and 100 respectively) .

Methyltrienolone is a 19Nor compound that is why sometimes it can cause painful effect on sex drive that can cause temporary impotence. Methyltrienolone doesn't convert to estrogen that is why such side effects as gyno and water retention can be avoided. The result obtained bybodybuilders after taking this supplement is hard and dry muscles.