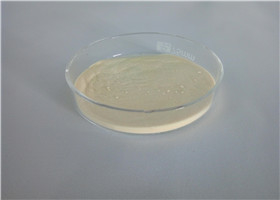 Isotretinoin (INN), also known as 13-cis retinoic acid, is an oral pharmaceutical drug primarily used to treatsevere nodular acne. Rarely, it is also used to prevent certain skin cancers (squamous-cell carcinoma), and in the treatment of other cancers. It is used to treat harlequin-type ichthyosis, a usually lethal skin disease, and lamellar ichthyosis. It is a retinoid, meaning it is related to vitamin A, and is found in small quantities naturally in the body. Its isomer, tretinoin, is also an acne drug.

Isotretinoin belongs to the first generation of vitamin A acid. It is a stereoisomer of all-trans vitamin A acid. Oral administration has an anti-oil effect which has special effect on severe acne. The mechanism is as follows:

it has an anti-keratosis effect, can inhibit the excess proliferation of epidermal and promote its differentiation. It also reduces the keratosis of hair follicles and the catheter of sebaceous glands.

it can also affect the function of lymphocytes and monocytes, and inhibit the chemotaxis of neutrophil, and thus having anti-inflammatory activity.

it can exert its therapeutic effect by selectively binding Vitamin A acid nuclear receptors. It can inhibit the proliferation of acne rod bacilli. Moreover it has effects of immunity stimulation at low doses, but has immunity suppression effect at high doses.